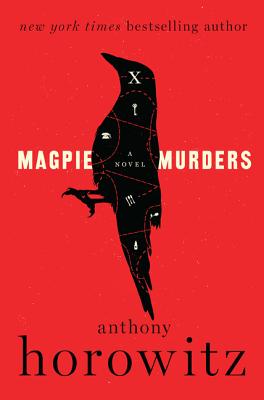 
Praise For Magpie Murders: A Novel…

“Each of the narratives in Magpie Murders is engaging and fluid, each with its own charm, though Horowitz’s joyful act of Christie ventriloquism is, in particular, spectacularly impressive.”
— Washington Post

“An ingenious funhouse mirror of a novel sets a vintage ‘cozy’ mystery inside a modern frame.”
— Wall Street Journal

“Horowitz..has devised an ingenious whodunit within a whodunit, a metamystery with Agatha Christie roots.”
— O, the Oprah Magazine

“A perfect summer read from the author of Moriarty.”
— AARP Magazine

“Superbly written, with great suspects, a perfect period feel, and a cracking reveal at the end.”
— The Spectator

“Anthony Horowitz has devised a fiendish mystery within a mystery that will have you hooked from page one. We loved this Agatha Christie-esque crime novel.”
— Good Housekeeping (UK)

“A compendium of dark delights. . . . A brilliant pastiche of the English village mystery and a hugely enjoyable tale of avarice and skullduggery in the world of publishing.”
— Irish Times

“This can only be described as incredibly clever—but what else would you expect from Horowitz?”
— The Herald (Glasgow)

“Magpie Murders is a double puzzle for puzzle fans, who don’t often get the classicism they want from contemporary thrillers.”
— Janet Maslin, New York Times