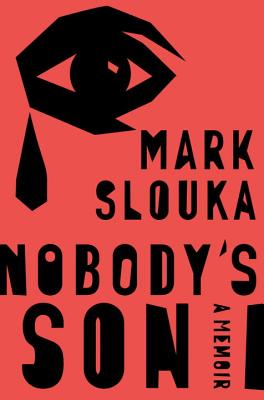 “This is a grueling, soul-searching study of memory and personal pain written in the most soaring prose. To some extent, most of us think we came from dysfunctional families, but this memoir is going to become the calibration standard for dysfunction. How Slouka survived his parents and their scarred Czech pasts, their humiliating years as refugees, and their years of unhappy marriage in America is a small miracle. What's left are some large emotional holes that Slouka attempts to patch up in front of the reader. An absolutely mesmerizing read.”
— Darwin Ellis (W), Books on the Common, Ridgefield, CT
View the List

“There comes a time in your life when the past decides to run you down,” Mark Slouka writes in this heartbreaking and soul-searching memoir about one man's attempt to reckon with the past.

Born in Czechoslovakia, Mark Slouka’s parents survived the Nazis only to have to escape the Communist purges after the war. Smuggled out of their own country, the newlyweds joined a tide of refugees moving from Innsbruck to Sydney to New York, dragging with them a history of blood and betrayal that their son would be born into.

From World War I to the present, Slouka pieces together a remarkable story of refugees and war, displacement and denial—admitting into evidence memories, dreams, stories, the lies we inherit, and the lies we tell—in an attempt to reach his mother, the enigmatic figure at the center of the labyrinth. Her story, the revelation of her life-long burden and the forty-year love affair that might have saved her, shows the way out of the maze.


Praise For Nobody's Son: A Memoir…

[Slouka’s] thoughtful and erudite reflections deepen the narrative and infuse it with compassion. . . . With the rich prose of a novel, [Nobody’s Son] is a story about escapes: Slouka’s parents escaping from Communist brutality, his father escaping from the oppression of marriage, his mother escaping from the conflict within and the author, seeking refuge the only way he knows how, escaping through words.

This
soul-searching study of memory and pain is . . . absolutely mesmerizing to read.
— Boston Globe, Pick of the Week

A
beautifully written memoir which is as much about the wiles of memory as it is
about Slouka’s family history. . . . With love and compassion, Slouka bravely
excavates the pain and straightens the pictures on the walls of his chamber of
memories.
— Washington Post

At times brutally honest, at others sweetly mournful . . .With starkly vivid imagery and an elegiac, dreamlike cadence, Slouka conveys the precariousness of a childhood spent never knowing what aspect of his mother’s volatile personality he’d have to confront nor understanding what precipitated her mercurial rages. Slouka has admirably covered these themes in his novels, but, as always, fiction pales compared to reality.
— Carol Haggas - Booklist

‘Pinned like Ahab to his whale,’ Mark Slouka sets out to confront his own leviathan—a past of violent upheaval and existential terror, a childhood eclipsed by his mother’s madness. In his quiver: memories both sacred and flawed; hope, the thing without a GPS; resolve, the kind born of desperation; and love. The last will hit the mark. A brilliant memoir.
— Kathryn Harrison

Slouka’s previous writing has shown that he has both a hard skeptical brain and a huge questing heart. Nobody’s Son is the book of his life, in both senses: he sings it like Bach throwing his baton, a mature master engaged, enamored, enraged.

This singular memoir reverberates with obstinate, refreshing candor. Mark Slouka demonstrates powerfully the ways that memory is a function of imagination.
— Phillip Lopate

Mark Slouka’s most recent books are the story collection All That Is Left Is All That Matters, the memoir Nobody’s Son, and the award-winning novel Brewster. His work has appeared in The Best American Short Stories, The Best American Essays, and the PEN / O. Henry Prize Stories. He lives in Prague.