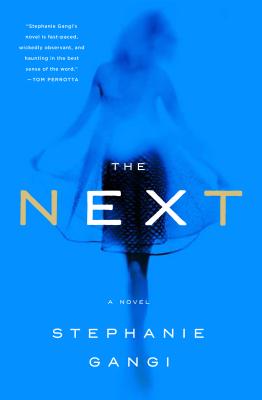 "A novel so startlingly original and so unafraid to approach complicated, bald emotion and anger." —The Brooklyn Rail

"The lusty, livid Joanna is the hottest middle-aged/dead woman in fiction." —The Minneapolis Star Tribune

Is there a right way to die? If so, Joanna DeAngelis has it all wrong. She’s consumed by betrayal, spending her numbered days obsessing over Ned McGowan, her much younger ex, and watching him thrive in the spotlight with someone new, while she wastes away. She’s every woman scorned, fantasizing about revenge … except she’s out of time.

Joanna falls from her life, from the love of her daughters and devoted dog, into an otherworldly landscape, a bleak infinity she can’t escape until she rises up and returns and sets it right—makes Ned pay—so she can truly move on.

From the other side into right this minute, Jo embarks on a sexy, spiritual odyssey. As she travels beyond memory, beyond desire, she is transformed into a fierce female force of life, determined to know how to die, happily ever after.


Praise For The Next: A Novel…

Praise for The Next:

"Dripping in psychological genius, this otherworldly novel will leave you mesmerized and entranced under Gangi's ghostly spell." —POPSUGAR

"This is a title worth silencing your smartphone for." —Library Journal (starred review)

"I love The Next. Well, let me be more specific: I LOVE THE NEXT. Comic, wrenching revenge fantasy; New York City, all around the town; an insightful poodle; the tender reality of motherhood and daughterhood; the less tender reality of social media, and a ghost with the wit of Topper and the fire of Fay Weldon. This is an elegantly written, thoughtfully sharp and surprisingly touching whirlwind of a book." —Cathleen Schine

“Stephanie Gangi’s novel is fast-paced, wickedly observant, and haunting in the best sense of the word.” —Tom Perrotta

"I was instantly hooked by Gangi's vivid writing, her psychological acumen, and her sharp observation of love and life. She is a fascinating writer who understands love, sex, men and women. I truly could not stop reading. The Next is a riveting debut by a fiercely talented writer." —Erica Jong

"A profound and provocative page-turner about love and loss, revenge and redemption, this debut novel will
stick with you for a long time. Stephanie Gangi is an instant, new favorite.” —Emily Giffin

STEPHANIE GANGI lives, works and writes in New York City. She is the author of the novel The Next.

2. What are some instances where we see the important role that music has played in the lives and relationships of the characters in this novel? Does music play a similarly important role in your own life? What are some specific songs that come to mind as significant to you?

3. What role does social media play in this novel? How does it result in both the rise and fall of characters?

4. What are the differences and similarities in the ways that Anna and Jules express and process their grief? On page 137, Anna’s grief is described as “the wrong kind of grief.” What does this mean? How do they both work through this to a different sort of grief?

5. On page 282, Anna’s behavior toward Jules is described with this observation: “She had acted out precisely the behaviors she felt most aggrieved by, as humans do.” What is meant by this? Do we see other characters doing the same thing elsewhere in the novel? Why do you think it is that people often do this?

7. On page 173, Ned’s relationship with women is described as a fear of being consumed: “Or maybe she would consume him, just like he had always secretly worried that she would—that any woman would, that all women would…”

8. Where does this fear stem from? Why does Ned feel the need to establish the “Ned-zone of plausible deniability”? Do you think he has changed at all by the end of the novel?

9. What do you imagine the future to hold for Ned? What about for Anna and Laney?

11. On page 182, Joanna rejects the idea that her lesson and her path to a Beaches ending is to “Feel it all, feel it all, leave it all behind. Love it and let it go.” What is it that ultimately brings her peace and enables her to move on?