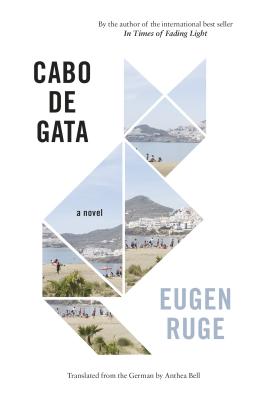 “Bored, anchorless, and alone, a man leaves Berlin for a tiny Andalusian fishing village where he plans to write a novel. Instead, he encounters a cranky hotelier, green tomatoes, an Englishman who acts like an American, an American who acts like an Englishman, a very quiet bartender, a mysterious cat, and, possibly, the meaning of everything - or lack thereof. This slim, playful novel will speak to anyone who has ever questioned the path they were on - or whether there is a path at all.”
— Sam Kaas, Village Books, Bellingham, WA
View the List

A witty, philosophical novel by the author of the internationally bestselling In Times of Fading Light

Sometimes a cat comes into your life when you least expect it.

An unnamed writer finds himself in Cabo de Gata, a sleepy, worn-down Andalusian fishing village. He's left behind his life in Berlin, which it turns out wasn't much--an ex-girlfriend, a neighborhood that had become too trendy for his taste. Surrounded by a desolate landscape that is scoured by surprisingly cold winds (not at all what he expected of southern Spain), he faces his daily failures: to connect with the innkeeper or any of the townsfolk, who all seem to be hiding something; to learn Spanish; to keep warm; to write. At last he succeeds in making an unlikely connection with one of the village's many feral cats. Does the cat have a message for him? And will their tenuous relationship be enough to turn his life around?

With sharp intelligence and wry humor, Eugen Ruge's Cabo de Gata proposes the biggest questions and illustrates how achieving happiness sometimes means giving oneself up to the foreign and the unknown.

“Who among us has not been startled by our dreams, or basked in the glory of the dawning sun, or tried to write a novel and failed? Ruge asks his readers to surrender to the experience, in much the same way his narrator learns to surrender, to exist within life’s harmonious contractions.”—Electric Literature

“Ruge has a knowing eye for the life and rhythms of a traveler, capturing the narrator’s daily rituals with detailed, delicate care. The cumulative effect is both tranquil and transportive, making Cabo de Gata a lovely little meditation on self-discovery and escape.”—Buzzfeed Books

“[Cabo de Gata] reveals how deeply even the most standoffish among us yearn for a sense of belonging; and how that feeling of home and belonging can, given a routine to become accustomed to, emerge in the most unlikely of places.”—PopMatters

“With colloquial prose and sardonic wit, Ruge eruditely captures his narrator's precarious reality and creates a world that's a pleasure to observe and meander through. At times ruefully hilarious and absurd, this slight, philosophical book will humor anyone who's ever questioned his or her place in this unforgiving universe.” —Kirkus Reviews

“Cabo de Gata is the best kind of novel—witty, lyrical, meandering, and featuring a mysterious cat. It’s the kind that will make you laugh all the way through, and you won’t realize it’s unsettled you until you’ve finished and set it down. Then you’ll pick it up again.”—Katie Eelman, Papercuts, Boston, MA

Eugen Ruge won the 2011 German Book Prize for In Times of Fading Light, his debut novel, which became a bestseller in Germany and has been translated into twenty languages. Anthea Bell is a prizewinning translator.
Loading...
or
Not Currently Available for Direct Purchase